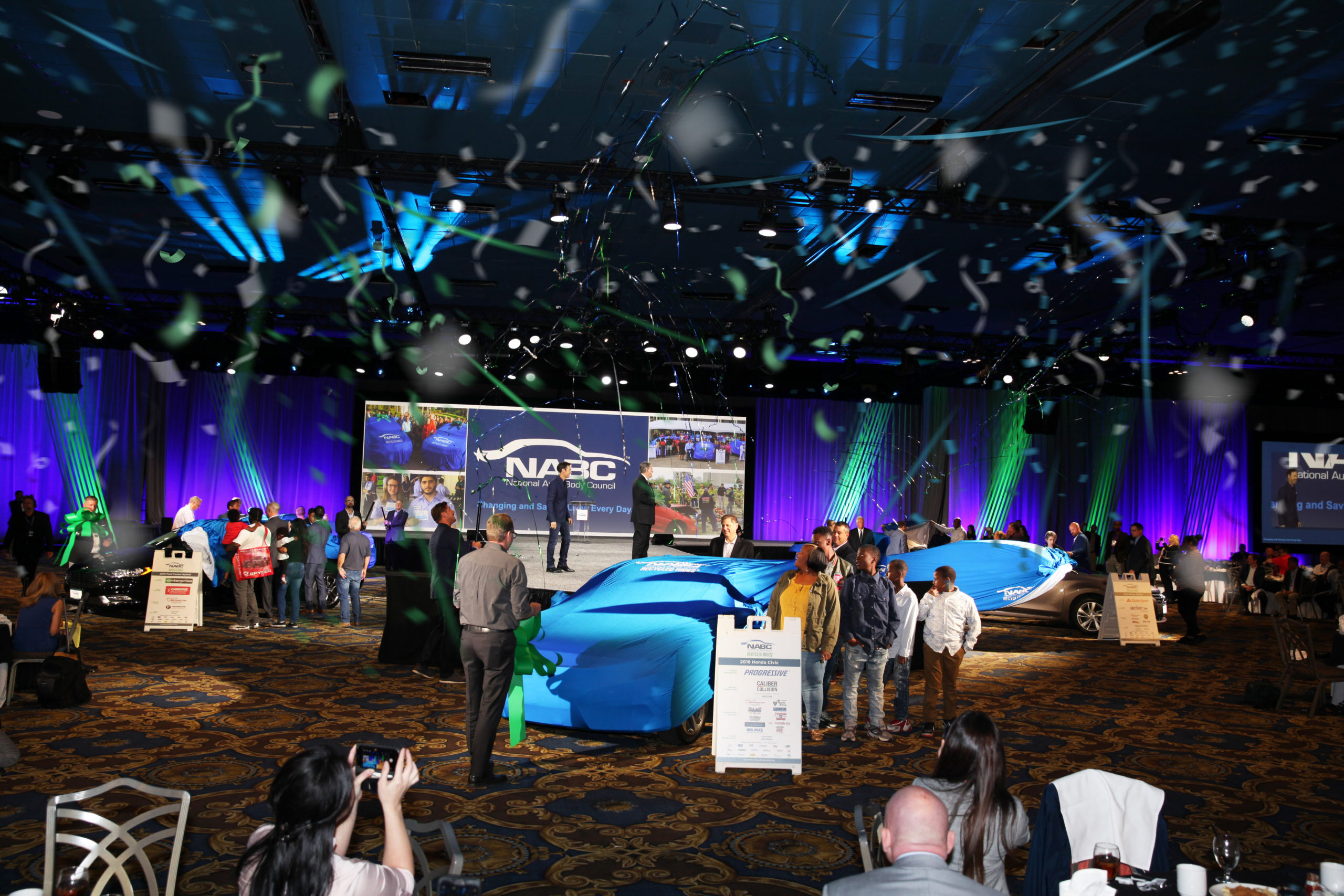 LAS VEGAS (November 6, 2019) – The confetti streamed and so did the tears as six deserving Las Vegas residents received gifts of refurbished vehicles to help them take care of their families, get to work, manage medical appointments and gain their much-desired independence.

The NABC™ Recycled Rides® recipients gathered with their children, spouses and friends to unveil their newly refreshed vehicles in spectacular fashion. Karl Champley, automotive and home improvement expert and TV host served as emcee for the presentation.

“Annually, this is our biggest event that we put on for all of those in the industry who support the work of the National Auto Body Council™,” said Darren Huggins, chairman of the board for the NABC™.  “Changing lives for these six families is what we are all about, and it takes a collective effort of industry leaders to make it possible.”

As part of the event, the Hall of Eagles honored Mike Anderson as its 2019 inductee. Also, Margaret Keith was recognized for her work on the NABC F.R.E.E. programs over the years.

NABC™ Recycled Rides® is a unique program in which businesses representing all facets of the collision repair industry team up to repair and donate vehicles to individuals and families in need of reliable transportation. Since the inception of the NABC™ Recycled Rides® program in 2007, members of the National Auto Body Council have donated more than 2,200 vehicles valued at more than $36 million.

Additional partners in the NABC™ Recycled Rides® presentation included 1-800 Charity Cars and LKQ, among others.