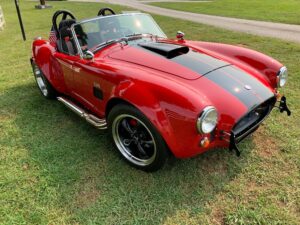 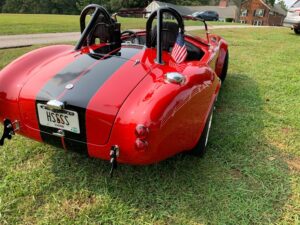 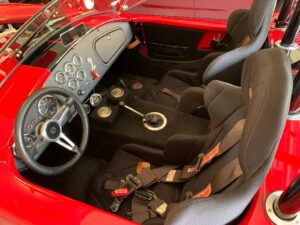 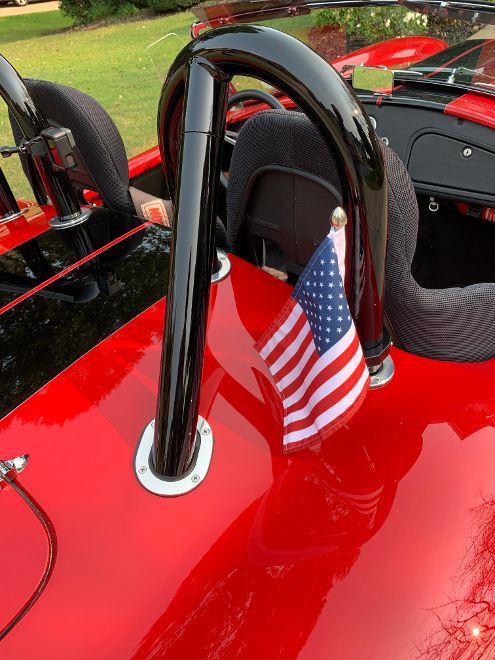 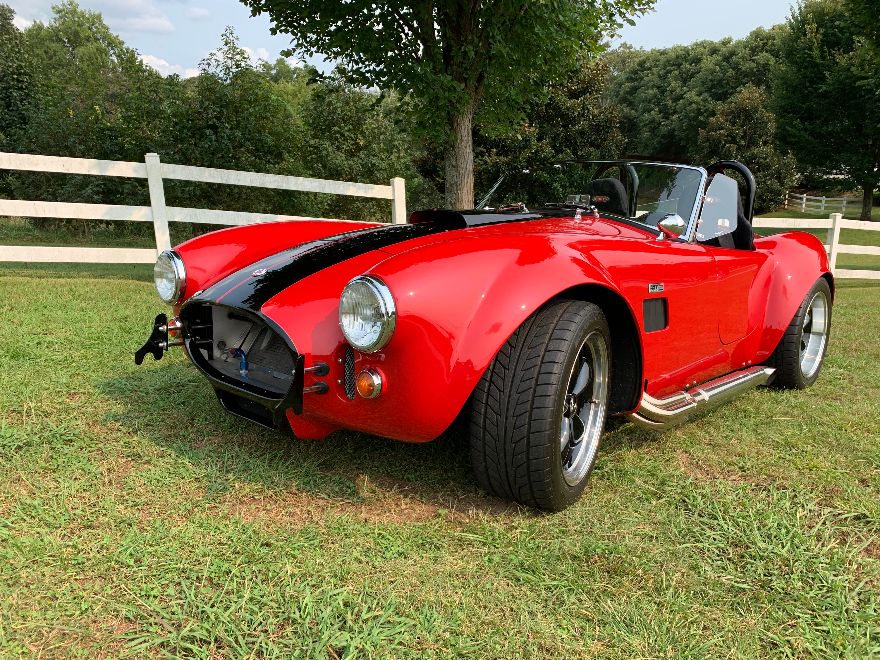 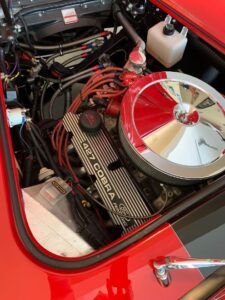 This Farmers’  exec is an enthusiast through and through. His Cobra features a Windsor based 500hp engine with a custom grind Comp Cam, Edelbrock Alum heads and intake. Quick Fuel 750 card, 3-link rear suspension with 3:55 gearing and a T5Z Ford Racing transmission all in a 2200lb car riding on Nitto 555’s. BBK headers going into stainless steel side pipes. Kirkey Racing seats and 4 wheel disc brakes.

Decided to build one of my favorite cars back in 2005. Ordered the kit from Factory Five Racing and started work on it in January of 2005. Car was completed in September of 2006 with most work done on Saturdays. Painted in PPG E4 with the stripes being PPG Vibrance black covered with PPG clear. Car has also been ceramic coated. Car has appeared in magazines, calendars and has been featured on the show Caffeine and Octane based out of Atlanta. With 21k miles on the odometer she is used often and is garners attention wherever it goes.